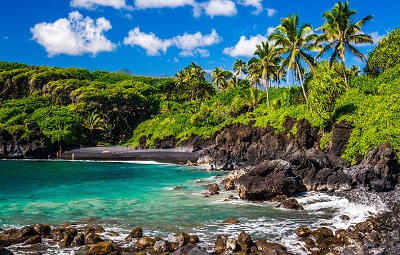 Costa Rica is arguably the world’s number one ecotourism destination, with an estimated 6% of the world’s plant and animal species. Costa Rica is home to several impressive volcanoes, including a handful of active ones. Arenal Volcano and the surrounding National Park is the most popular, offering numerous opportunities for hiking, including a trek on a lava flow from the 1968 eruption, with level trails around the volcano’s base ideal for mountain biking.

Tortuguero, on the north east coast of Costa Rica, is impossible to reach by car – you can only travel there by boat. The lack of modern infrastructure means that the region feels wonderfully peaceful and is a haven for an abundance of wildlife. The Monteverde Cloud Forest Reserve consists of six ecological zones, 90% of which are virgin forest. Combine Monteverde’s rich biodiversity with its high concentration of local biologists and ecologists and you get a heady mix ripe for educational tourism.

For a country a third the size of England, Costa Rica certainly packs in a lot of variety. From volcanoes and endless beaches to rainforests and awe-inspiring wildlife, Costa Rica has something for every taste.

Galapagos Islands Travel 2022
The Inca claimed to have discovered some islands in the Pacific, but it is not known for s ...
Iceland Vacation Packages
Iceland is known for its contrasting landscapes that literally cause the earth here to smo ...
Key West Vacation Packages
Key West is not just some Florida beach town. It is absolutely packed with history: Presid ...
Private Jets
The travel time to the airport and the security check-ins are very hectic. They take up a ...